“Kurt Vonnegut, the great observer of the horrors and ironies of 20th-century civilization, once said that his ‘prettiest’ contribution to culture wasn’t his novels, but his Master’s thesis in anthropology for the University of Chicago. His idea, which was rejected because “it was too simple and looked like too much fun” was that stories have shapes, and that the shape of any given civilization’s stories are as interesting as the shape of its arrowheads or pottery. 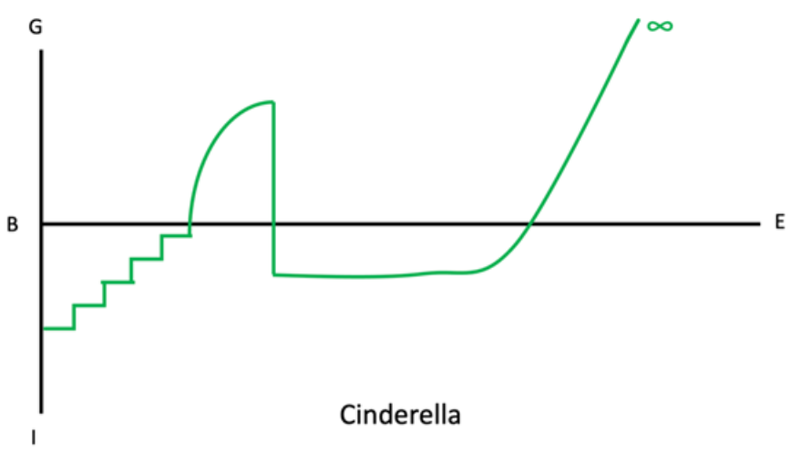 To illustrate his point, Vonnegut plotted the story of Cinderella on a graph, charting misery versus ecstasy over time. The arrival of the fairy godmother kicks off a step by step climb in fortune, leading to a high point at the ball, followed by a sudden reversal at the stroke of midnight. The good times come roaring back though, thanks to that glass slipper, leaving our protagonist even better off than she was before. This arc, said Vonnegut, is evident in some of our favourite stories, from the New Testament to Jane Eyre and Frozen. It’s immensely satisfying, hence its enduring appeal.”

Collapse, Renewal and the Rope of History
https://futurecrunch.com/collapse-renewal/
via Instapaper
“In Indonesia, one of the world’s biggest palm oil growers has announced a plan to rehabilitate an area half the size of New York to atone for its past clearing of rainforests and peatlands. In Bolivia, a massive new two million acre reserve has been established on the Amazon’s deforestation frontier, thanks to a partnership between indigenous communities and private donors. Last month, the United States restored protections for the Tongass National Forest in Alaska, the largest intact temperate rainforest in the world, home to thousands of watersheds and fjords, and more than a thousand forested islands. The new protections will end large-scale old growth logging and support restoration, climate resilience, and recreation.”

Collapse, Renewal and the Rope of History
https://futurecrunch.com/collapse-renewal/
via Instapaper
“Ultimately, we are moving toward “extended producer responsibility,” which forces companies to cover the costs of their activities’ negative impacts. But, of course, we need to go further.”

While scientists have recently warned about worsening global warming, the goals are still in place, and we must find creative ways to meet them. The Energy Transitions Commission has just released a list of actionsthat can be taken on a large scale to keep the 1.5°C target alive. These include rapid reductions in methane emissions, halting deforestation, beginning reforestation, decarbonising the power sector and phasing out coal. What’s remarkable about the report is how clearly it identifies the steps that need to be taken to safeguard the planet. We have the road map; we need capital and governments to follow it.

The potentially inflationary upheaval will not be good for a world that still gets most of its energy from fossil fuels. But it may at least accelerate the shift to greener—and cheaper—sources of energy.


When we account for endogenous technology, we find that the transition to cleaner energy is much more important than simply reducing energy consumption, and that technological interventionsneed to be redirected far more aggressively than they have been. Similarly, when one incorporates more realistic assumptions about the costs of global warming – including the possibility of climate tipping points – one’s conclusions about how to approach the problem tend to change substantially.


Gerd Leonhard
www.futuristgerd.com
www.gerdtube.com
“our generation is cursed with more than “just” a massive political and social upheaval. We are also facing a climate crisis that calls into question the very preconditions upon which modern societies are organized. Progressives like me see this, too, as a direct consequence of how our economic system works. Infinite, unregulated economic growth – capitalism’s core dynamic – simply is not compatible with life on a planet with finite resources. As matters stand, our capitalist system drives more extraction and generates more emissions every year.” 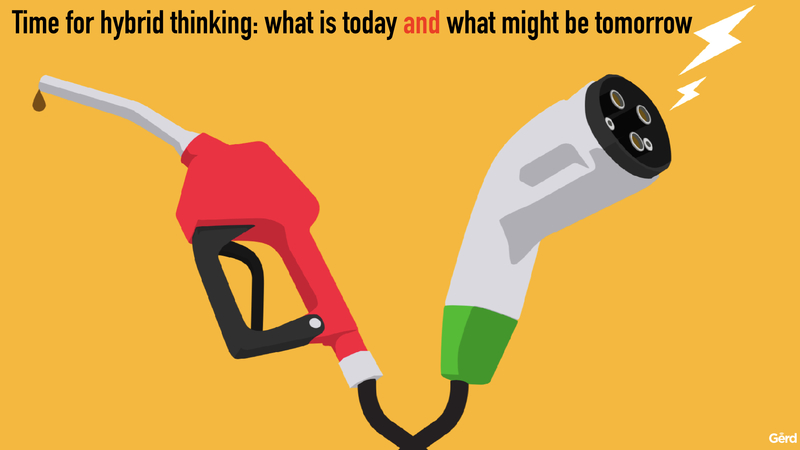